17. For the period from 2021 to 2050, an increase in annual mean temperature between 1.3°C in the upper and middle parts of the Danube River Basin and up to 1.7°C in the lower parts are projected (Figure 6). Furthermore, in the far future (2071 to 2100), an increase between 4°C and 5°C is projected (Figure 7) (ICPDR 2018). Compared to the first study, dated 2012, the new results, dated 2018, show significant temperatures increases from northwest to southeast, both annually and in all seasons.

18. Overall, small precipitation changes are expected, with the mean annual precipitation sum remaining almost constant. This is due to the Danube Basin’s location in a transition zone between increasing (Northern Europe) and decreasing (Southern Europe) future precipitation. See Figure 8 and Figure 9. However, in comparison to the first study in the SoS 2015, recent models show a much higher intensification of seasonal changes, with a strong decrease in summer precipitation and an increase in winter precipitation. Particularly in the southeastern parts a reduction of about 25 percent and 45 percent is shown in the scenario results.

19. The above-mentioned changes in temperature and precipitation will likely cause a reduction in water availability, with changes in the seasonal run-off pattern, mainly triggered by reduced snow storage, strong seasonality of precipitation, and increasing evapotranspiration. Droughts and low flow are likely to become more intense, frequent, and longer in the south and east of the Danube Basin, with a shift of the affected areas to the north (Ludwig‐Maximilians‐Universität Munich 2018). The updated climate change study also predicts an increase in floods due to an increase in heavy rain fall events with a high spatial variability; small and mountain catchments appearing to be the most affected areas.

20. A number of Danube countries are addressing climate change issues such as water scarcity and drought in their national RBMPs. Furthermore, in 2010, the ICPDR was asked to develop a Climate Adaptation Strategy for the region. In December 2012, a Strategy on Adaptation to Climate Change was finalized and adopted. This document provides an outline of the climate change scenarios for the basin and the expected water-related impacts. It also provides an overview of potential adaptation measures, including “no-regret measures” and “win-win measures,” which are to be implemented during the second RBM cycle (2015–21).

21. In addition to the climate change measures included in RBMPs, most countries in the region have adopted national climate change strategies (Table 2). These national documents are not specifically targeted toward the WSS sector, but encompass a wider scope. Nevertheless, they all address, to a certain extent, water-related issues. Support for the development of such strategies in a few candidate countries has been provided by the European Commission (EC) through the Instrument for Pre-Accession Assistance (IPA) (e.g., Serbia and Montenegro) or the United Nations Development Program (UNDP), the Austrian Development Agency (ADA), and other donor institutions in noncandidate countries (e.g., Kosovo and Moldova). 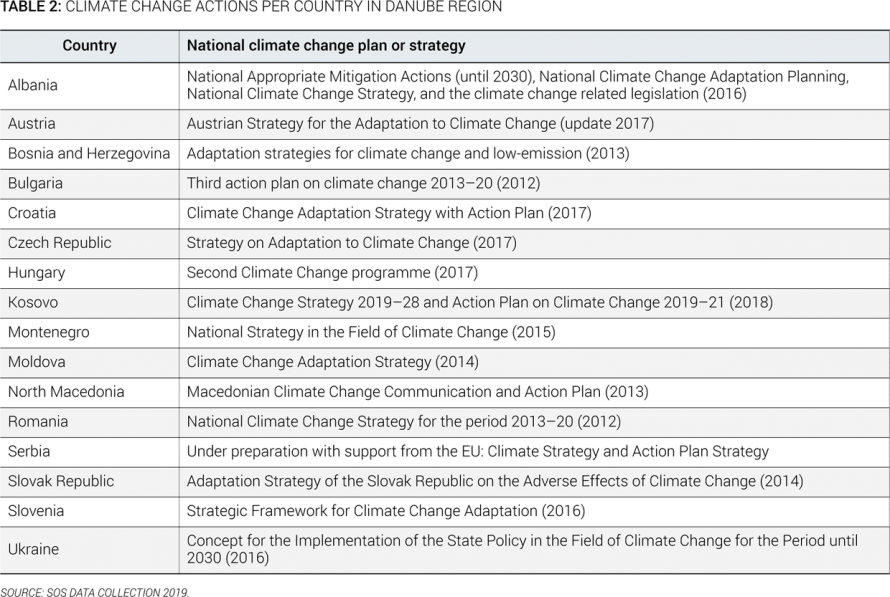 22. Sustaining the multiple uses of water in the Danube region will require governments to adopt a water security approach for its management. As shown in Figure 10, panels a–f, water withdrawals in the region support public water service provision, agricultural, livestock, industrial production, as well as the maintenance of ecological flows for ecosystem services. Water security is understood as the overarching goal of water management, delivering water services to meet the needs of communities, sustaining and leveraging water resources within the means of the basins, and mitigating water risks. This includes leveraging productive aspects of water for human well-being, livelihoods, environment, and socioeconomic development, and the management of destructive impacts of water such as floods, droughts, and pollution. Danube region governments should focus on producing accurate water balances at the appropriate spatial and temporal scales, considering current and future demands, socioeconomic development trajectories, ecological needs, and climate projections, among others, to guide policy making serving the best outcomes for society, the environment, and the economy. 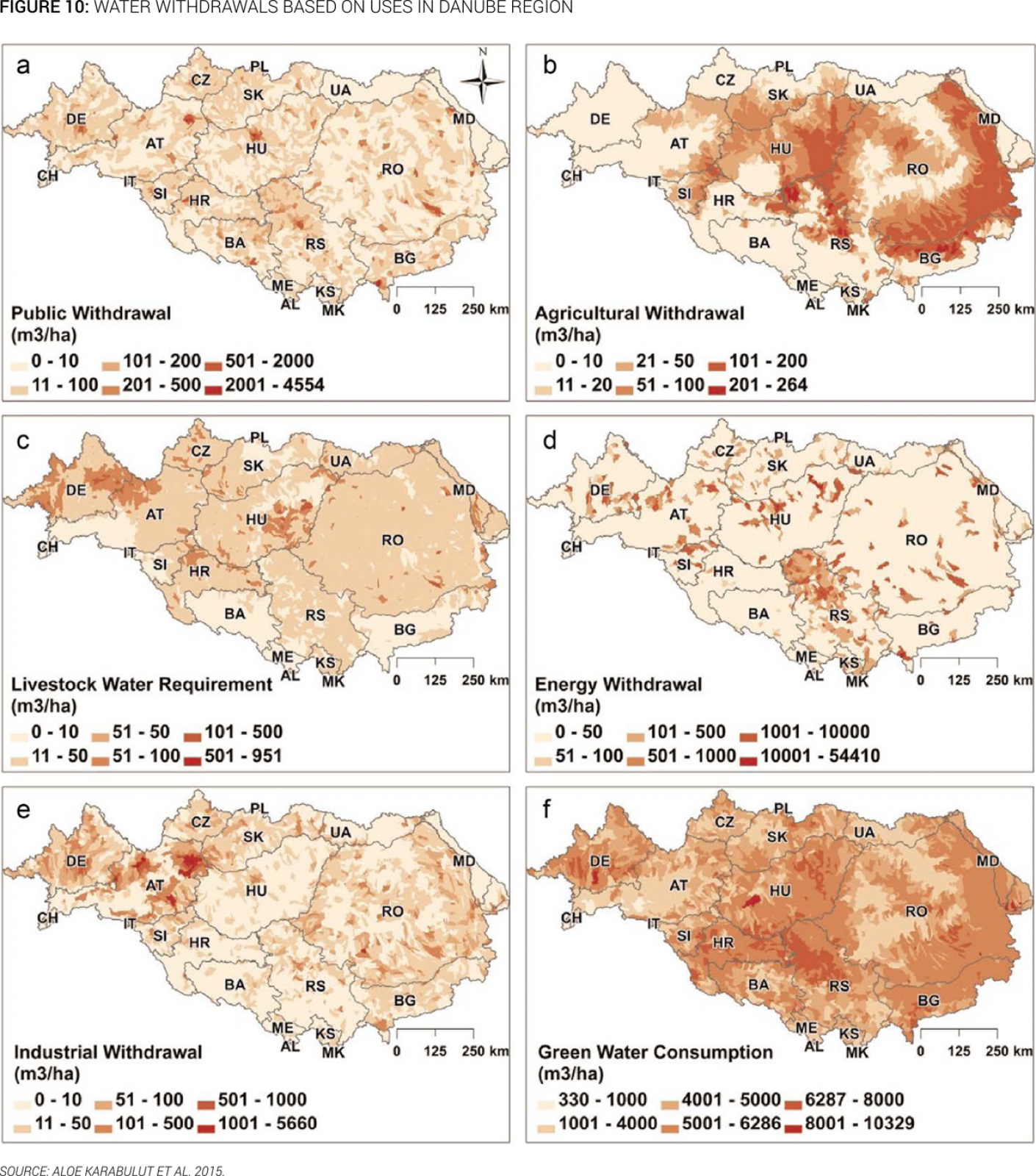